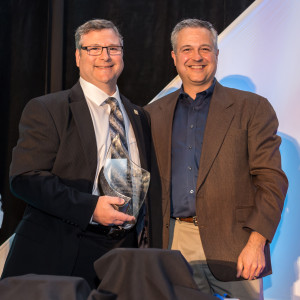 Steve Goldberg, director of information technology, Matrix Technologies Inc., Maumee, Ohio, Pa., U.S. was awarded the Charlie Bergman Award. The award recognizes an individual member for outstanding service to the organization through leadership, education, mentoring and advancement of CSIA’s goals.
“Steve has shown a tremendous commitment to CSIA through his service to the organization in varying board positions including treasurer, chairman of the board, as well as future leader identification,” said Ed Diehl, co-CEO, Concept Systems, Inc. “He continues to help our board with strategy development and shows his commitment to helping us continue to learn and grow. Steve has always been willing to share ideas, without expecting anything in return, which is the essence of the Charlie Bergman Award.”
Keith Mandachit, IT manager and senior engineer, Huffman Engineering Inc., Lincoln, Neb., U.S. was named CSIA Rising Star. The award recognizes young professionals who have demonstrated a commitment to the profession and exhibited leadership potential. 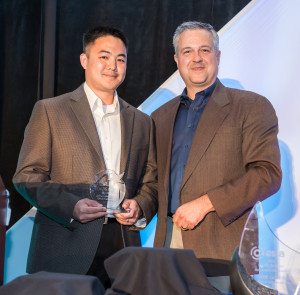 “Keith helped develop a state-of-the-art testing and training room at Huffman Engineering’s facility for client demonstrations, training for new engineers and student interns, and integrated team work in testing and check-out,” said Wendy Huffman, vice president at Huffman Engineering. “Keith also has been instrumental in the founding of the Nebraska FIRST LEGO League, an organization that motivates young people to pursue opportunities in science, technology and engineering. He is responsible for coordinating more than 100 volunteers for Nebraska FLL tournaments and started the HuskerBots, a Huffman Engineering-sponsored team.” 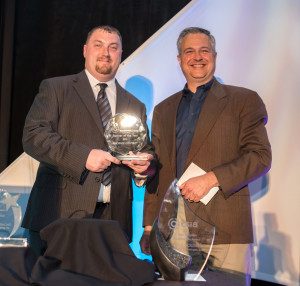 Phoenix Contact, Middletown, Pa., U.S., received the Partner of the Year Award. The award recognizes a company that has significantly contributed to the betterment of CSIA and its members and promoted CSIA certification. Steve Newcomer, distribution channel specialist, has been an active member of the association’s partner and client marketing committees.
“Phoenix Contact has contributed significantly over the last several years to the success of CSIA, mostly through the Partner Committee,” said CSIA Executive Director Bob Lowe. “Two people from Phoenix Contact are currently on the CSIA Cybersecurity Task Force, and Steve Newcomer participates on the Client Marketing Committee which is currently engaged in development of our new Industrial Automation Exchange.”