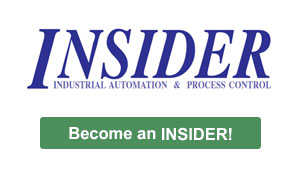 It has been apparent for some time to those who are paying attention that increased automation and smarter manufacturing systems will be the vehicle to return manufacturing to the United States. This is a good thing, or is it?

Joy Ward and I had lunch with John Bernaden, Director of Communications for Rockwell Automation, wearing his Smart Manufacturing Leader-ship Coalition hat. He talked about a video he’d seen, Humans Need Not Apply, (https://www.youtube.com/watch?v=7Pq-S557XQU)which put forward the proposition that because of automation, we are looking at a permanent loss of 26% to 45% of jobs in the next ten years. Almost all of those jobs will be manual labor, or lower paid labor on assembly lines. These are the jobs that we will be losing, and the people who can least afford to lose their jobs will be the most affected. It is hard to watch the video and not be frightened or angry. These people who will lose their jobs will do so through no fault of their own.

As members of the automation community we have an obligation to think about what to do about these people. It is already happening. Take a look at Ferguson, MO.

In 2000, the town’s population was roughly split between black and white with an unemployment rate of 5%. By 2010, the population was two-thirds black, unemployment had exceeded 13%, and the number of residents living in poverty had doubled in a decade.

There are a lot of interacting causes for how Ferguson declined so far so fast. But one of them surely is the closure of the automobile plants in Saint Louis County, where many of the residents of Ferguson worked. As Smart Manufacturing, or as it is called in Europe, Industry 4.0, continues to make a comeback in the US, it is the jobs that the working people of Ferguson, and hundreds of towns just like them, won’t be getting—because they won’t be coming back.

One of the tenets of the Star Trek universe as envisioned by creator Gene Roddenberry, was that the Federation had become so wealthy that no one was obliged to work. “We work at what we want to,” or words to that effect, came from Captain Kirk in one of the early episodes.

But wait, you say, isn’t this socialism?

No, it isn’t. It is something quite different. Socialism requires everybody to work and gives back what everybody needs. In Roddenberry’s mind, and in the minds of a lot of modern theorists, this may be the real social achievement of Industry 4.0, or Smart Manufacturing. We have the power to become so wealthy that we can provide a good living to anyone, regardless of how they work, or what they do.

What a scary thought.

But do you want to see hundreds of Fergusons in the next ten years? The people of Ferguson aren’t truly angry about Mike Brown, or the arrogant brutality of the Ferguson police force. They are, at bottom, angry because they don’t believe that anything they can do will help them out of the poverty they find themselves in, and that their children will live in all their lives.

I don’t want to see proletarian riots (because this isn’t really about race, it is about class) for the next generation. I don’t want the future depicted in the movie Elysium. That is not a sustainable choice for us, or anyone else. Even China is automating as fast as they can.

So, how do we deal with the results of OUR labor? How do we deal with the fact that as automation professionals, our community will be the proximate cause of either a permanent split in society, or the growth of a new society in which what you do and how much you make do not define who you are and how you live?

This is not an easy issue. But it is an issue we have to confront. And soon.
Walt Boyes